I gave a talk entitled Lower-latency video streaming with TCP Hollywood, at the workshop on "Are Networks Ready for Next Generation Video?" organised by Huawei, and held in Berlin on 26-27 September 2016. 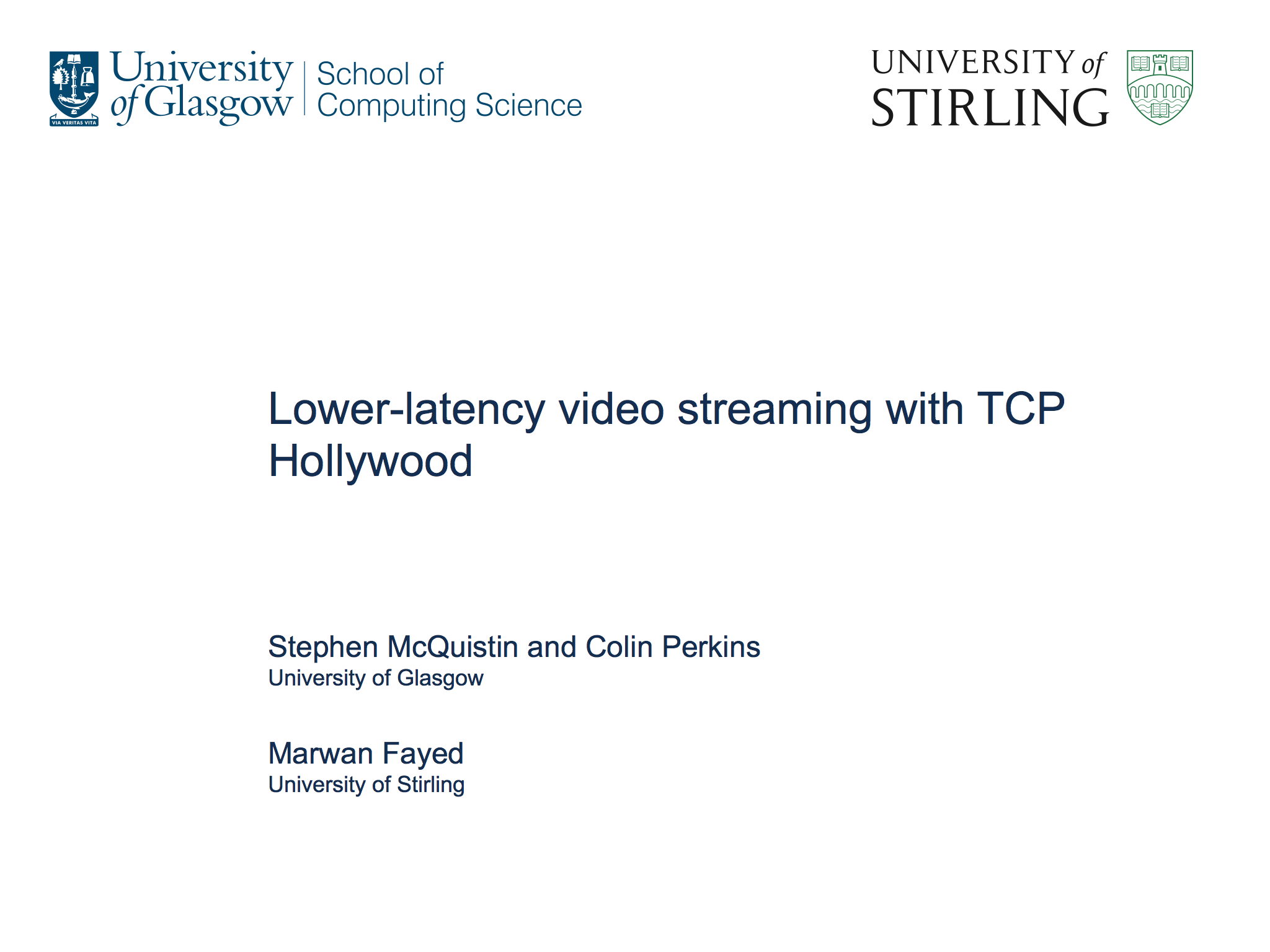 This talk briefly reviews the HTTP adaptive streaming approach to over-the-top Internet video, and how HTTP/2 and QUIC can help reduce latency. It then outlines TCP Hollywood as an alternative transport, discussing how our extensions to TCP and the Sockets API offer a different approach to lower-latency streaming.