The FRμIT project held it's wrap-up meeting at Loughborough University's London campus, in the former Olympic Park, on 27 June 2019. We reviewed the outcomes of the project, and continued our planning for follow-on work to build on the achievements of the project. 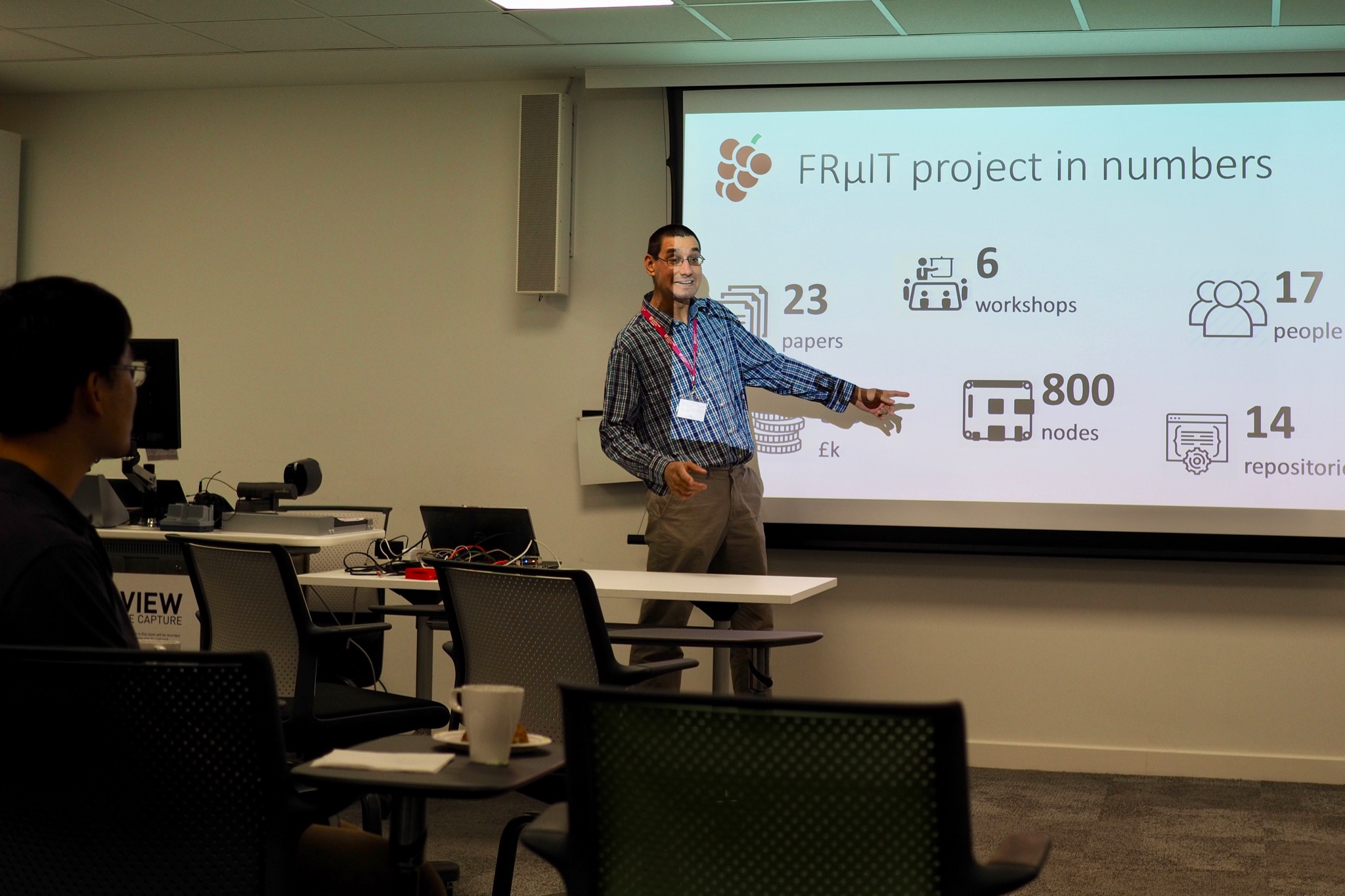 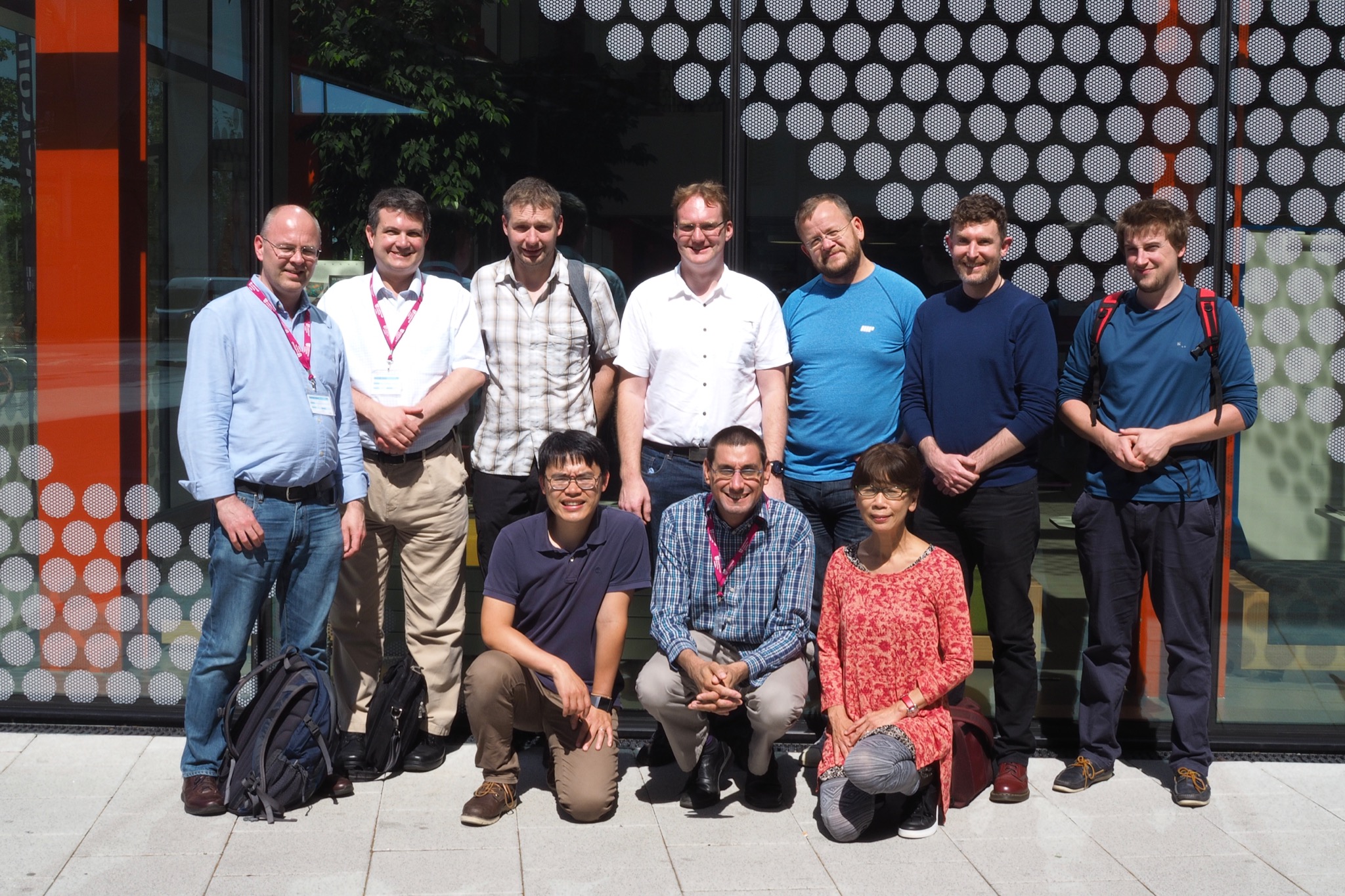 The meeting began with a retrospective and review of the project from Jeremy Singer. In high-level numbers: we've written 23 papers, produced 14 code repositories, held 6 workshops, and operate an 800 node testbed. We've learnt a tremendous amount about building and operating a moderate scale edge compute testbed.

Steven Johnston and Philip Basford from Southampton University followed with a review of the Pi Stack hardware for building high-density Raspberry Pi clusters, and their benchmark results. Tony Garnock-Jones discussed the FRμIT operating system, the Alpine Linux derived software stack we use on the testbed. He highlighted the significant engineering challenges involved in maintaining, distributing, and operating the testbed. We'd anticipated many of these issues, but the sheer amount of engineering required to deploy the testbed was still a surprise. Tony also spoke about the experimental peer-to-peer management system we've been building to prototype alternative testbed operations and management strategies. Stefan Paetow from JISC reviewed the integration of the FRμIT testbed with JISC's Project Moonshot single sign-on infrastructure. Tony, Philip, and Eiko Yoneki discussed the applications we've been working with, including environmental sensors in Glasgow, air quality monitoring in Southampton, and greenhouse monitoring in Africa. Finally, Posco Tso reviewed the project's publications.

There was also some more forward looking discussion. Tony Garnock-Jones reviewed some of the limitations of our approach to operating the testbed, considering the challenges around securable delegation of resources to allow nodes, and their associated sensing hardware, to be safely shared amongst different users. He reviewed the need to better support nodes with intermittent and partial connectivity, including building on our peer-to-peer experiments for NAT and firewall traversal, and the need to make disconnected and delay-tolerant operation first class citizens in the management tools. One of the key outcomes has been a clearer understanding that while existing DevOps tools are effective in well-connected data centre environments, they are not suitable for managing large-scale edge compute resources. The network, connectivity, and node accessibility issues make them simply unsuitable at scale outside the world of professionally administered networks and data centres. We see considerable scope for follow-on work in this space, considering new programming paradigms for DevOps systems coupled with more robust peer-to-peer and delay tolerant infrastructure.