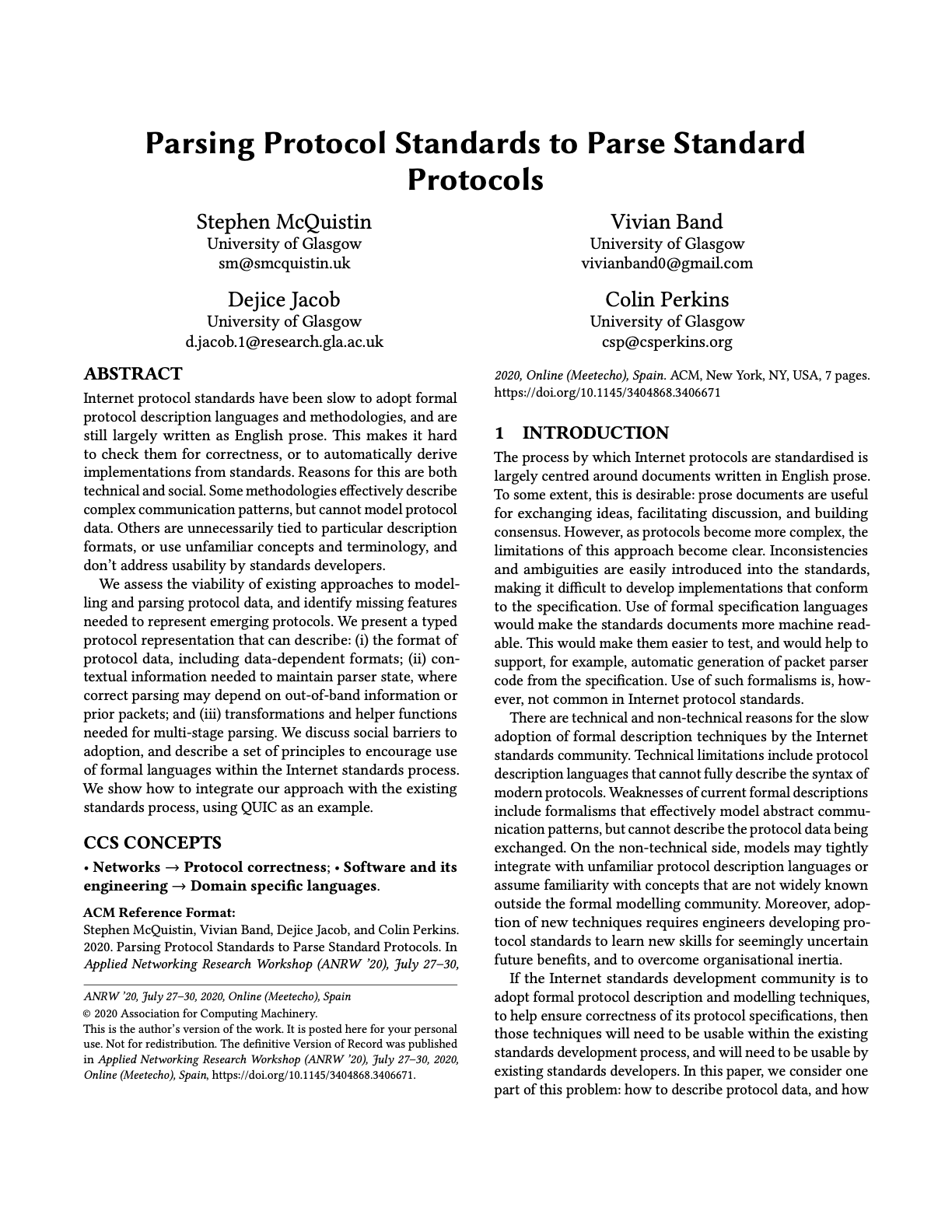 Internet protocol standards have been slow to adopt formal protocol description languages and methodologies, and are still largely written as English prose. This makes it hard to check them for correctness, or to automatically derive implementations from standards. Reasons for this are both technical and social. Some methodologies effectively describe complex communication patterns, but cannot model protocol data. Others are unnecessarily tied to particular description formats, or use unfamiliar concepts and terminology, and don’t address usability by standards developers.

We assess the viability of existing approaches to modelling and parsing protocol data, and identify missing features needed to represent emerging protocols. We present a typed protocol representation that can describe: (i) the format of protocol data, including data-dependent formats; (ii) contextual information needed to maintain parser state, where correct parsing may depend on out-of-band information or prior packets; and (iii) transformations and helper functions needed for multi-stage parsing. We discuss social barriers to adoption, and describe a set of principles to encourage use of formal languages within the Internet standards process. We show how to integrate our approach with the existing standards process, using QUIC as an example.