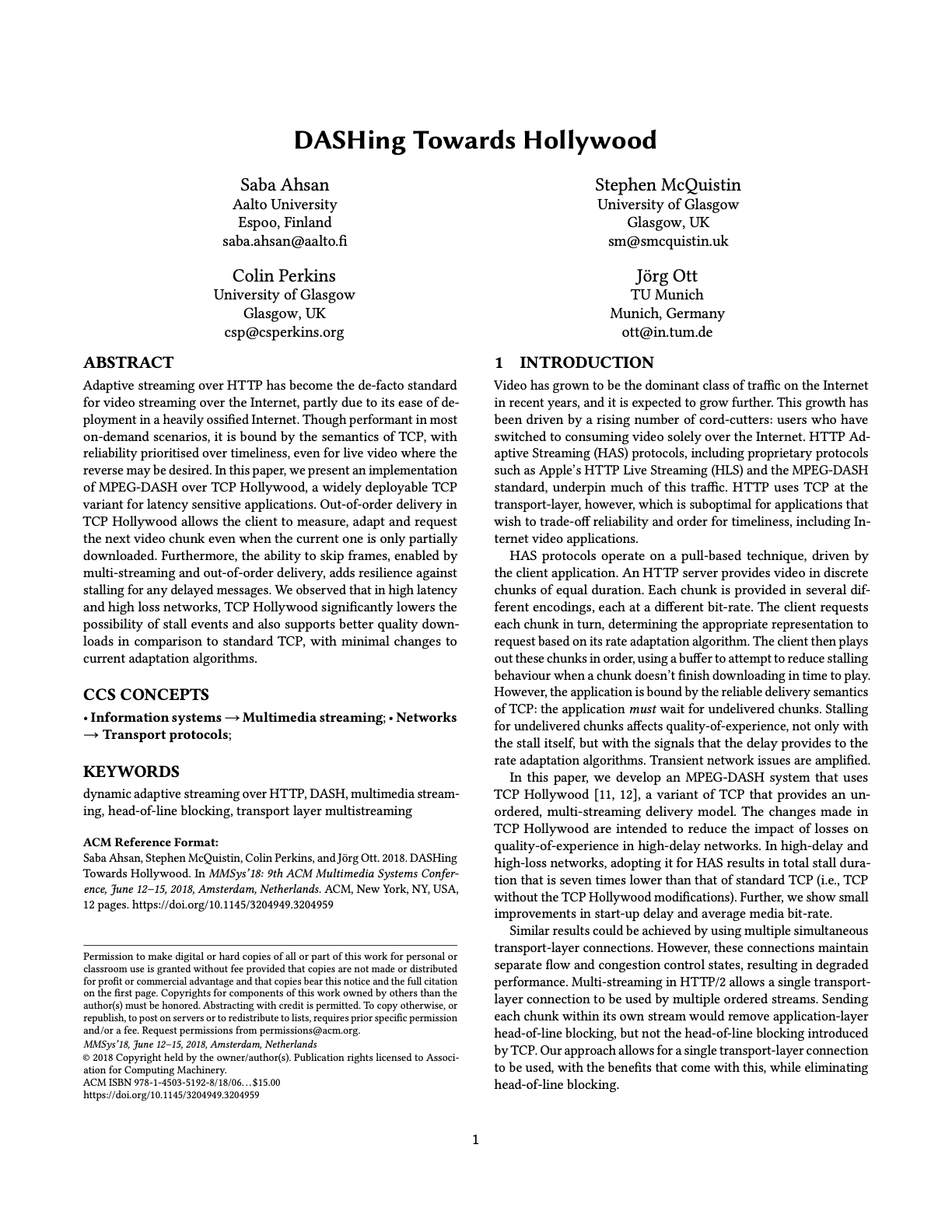 Adaptive streaming over HTTP has become the de-facto standard for video streaming over the Internet, partly due to its ease of deployment in a heavily ossified Internet. Though performant in most on-demand scenarios, it is bound by the semantics of TCP, with reliability prioritised over timeliness, even for live video where the reverse may be desired. In this paper, we present an implementation of MPEG-DASH over TCP Hollywood, a widely deployable TCP variant for latency sensitive applications. Out-of-order delivery in TCP Hollywood allows the client to measure, adapt and request the next video chunk even when the current one is only partially downloaded. Furthermore, the ability to skip frames, enabled by multi-streaming and out-of-order delivery, adds resilience against stalling for any delayed messages. We observed that in high latency and high loss networks, TCP Hollywood significantly lowers the possibility of stall events and also supports better quality downloads in comparison to standard TCP, with minimal changes to current adaptation algorithms.