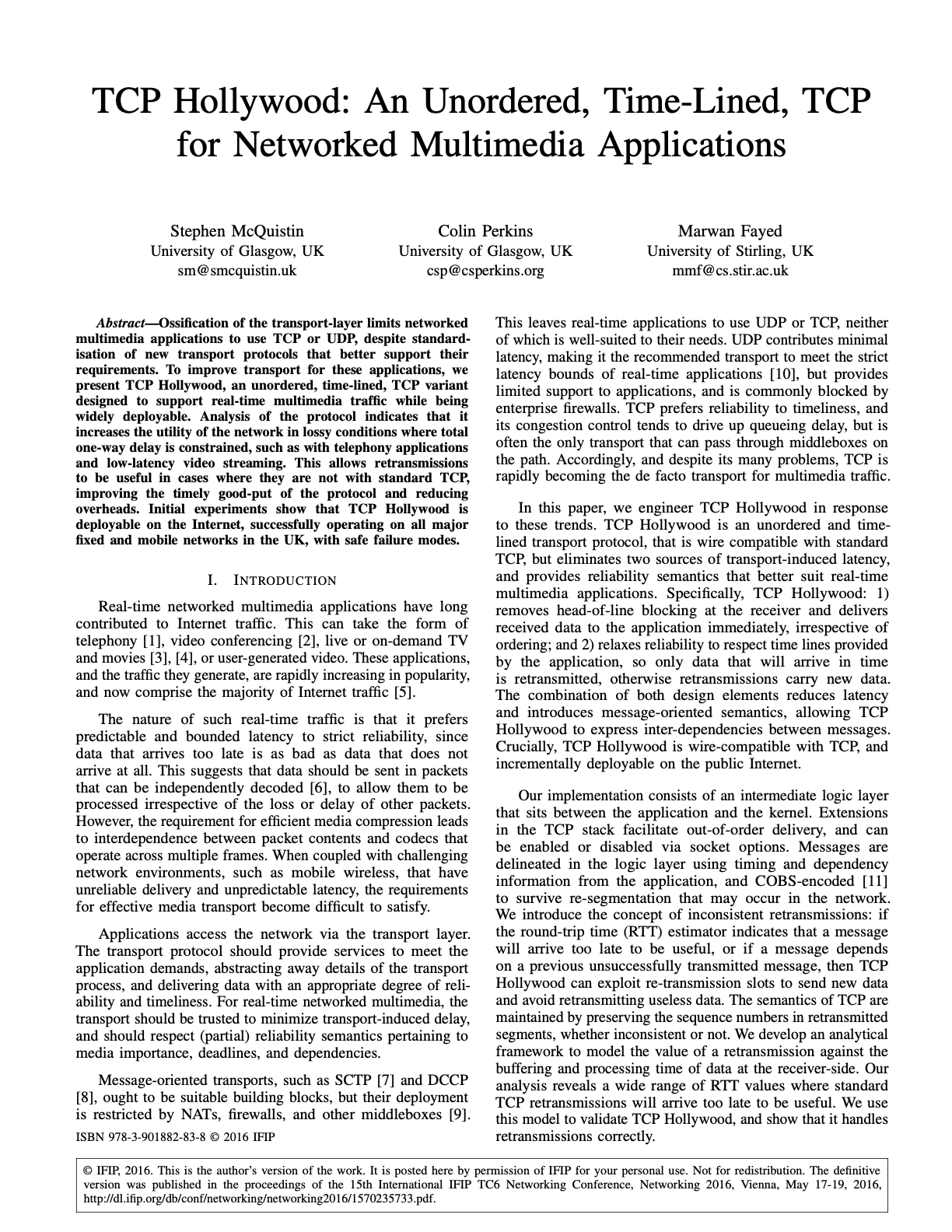 Proceedings of the IFIP Networking Conference, Vienna, Austria, May 2016.

Ossification of the transport-layer limits networked multimedia applications to use TCP or UDP, despite standardisation of new transport protocols that better support their requirements. To improve transport for these applications, we present TCP Hollywood, an unordered, time-lined, TCP variant designed to support real-time multimedia traffic while being widely deployable. Analysis of the protocol indicates that it increases the utility of the network in lossy conditions where total one-way delay is constrained, such as with telephony applications and low-latency video streaming. This allows retransmissions to be useful in cases where they are not with standard TCP, improving the timely good-put of the protocol and reducing overheads. Initial experiments show that TCP Hollywood is deployable on the Internet, successfully operating on all major fixed and mobile networks in the UK, with safe failure modes.