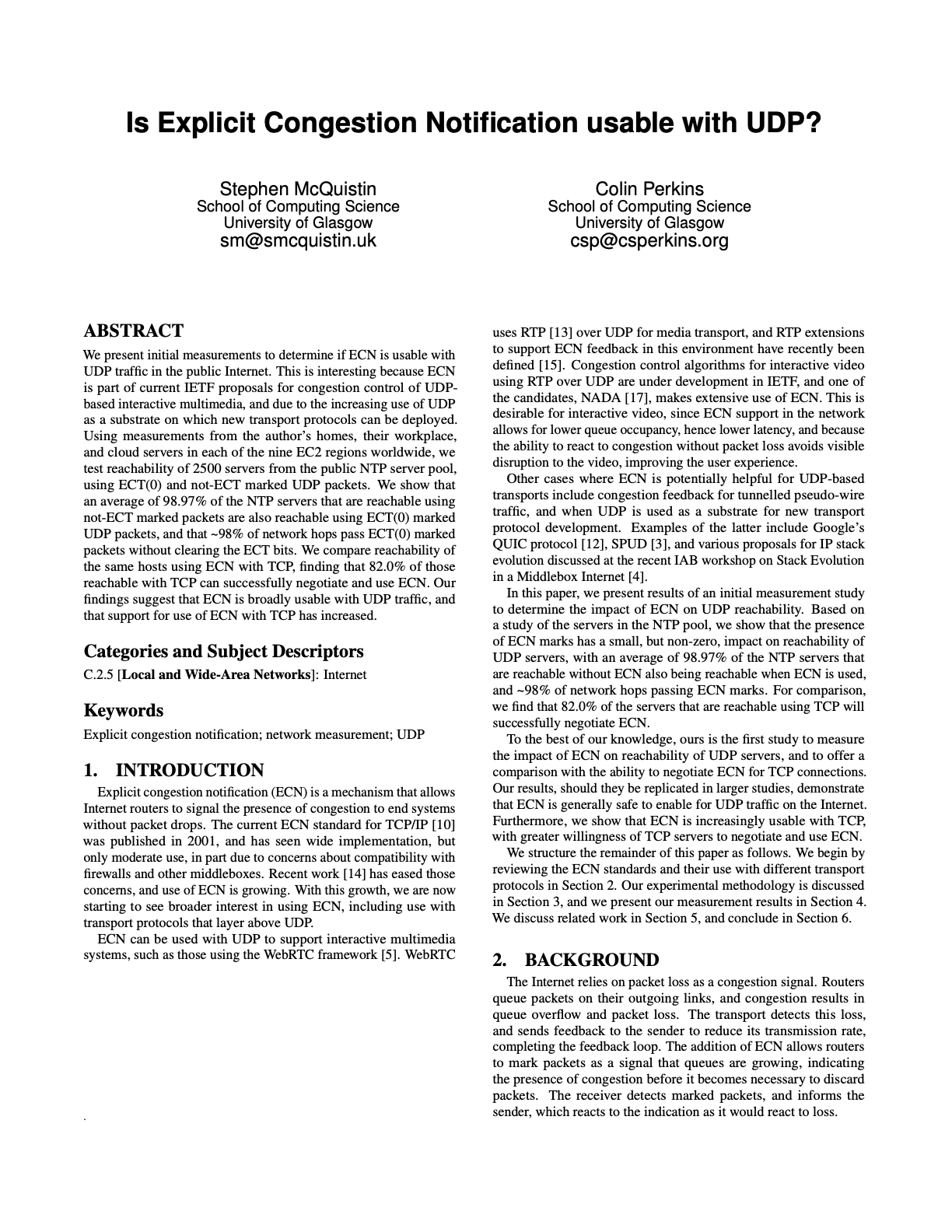 We present initial measurements to determine if ECN is usable with UDP traffic in the public Internet. This is interesting because ECN is part of current IETF proposals for congestion control of UDP- based interactive multimedia, and due to the increasing use of UDP as a substrate on which new transport protocols can be deployed. Using measurements from the author’s homes, their workplace, and cloud servers in each of the nine EC2 regions worldwide, we test reachability of 2500 servers from the public NTP server pool, using ECT(0) and not-ECT marked UDP packets. We show that an average of 98.97% of the NTP servers that are reachable using not-ECT marked packets are also reachable using ECT(0) marked UDP packets, and that 98% of network hops pass ECT(0) marked packets without clearing the ECT bits. We compare reachability of the same hosts using ECN with TCP, finding that 82.0% of those reachable with TCP can successfully negotiate and use ECN. Our findings suggest that ECN is broadly usable with UDP traffic, and that support for use of ECN with TCP has increased.