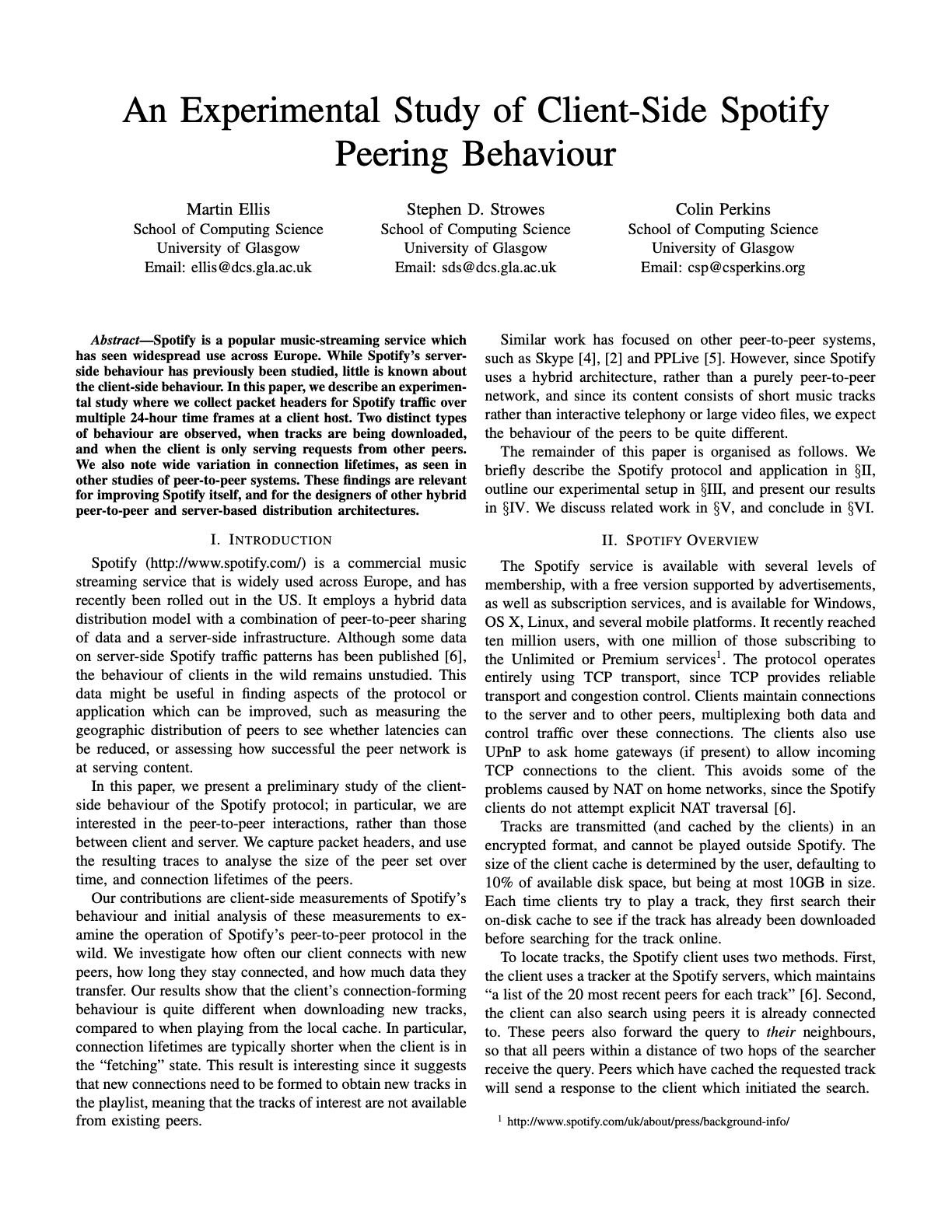 Spotify is a popular music-streaming service which has seen widespread use across Europe. While Spotify’s server-side behaviour has previously been studied, little is known about the client-side behaviour. In this paper, we describe an experimental study where we collect packet headers for Spotify traffic over multiple 24-hour time frames at a client host. Two distinct types of behaviour are observed, when tracks are being downloaded, and when the client is only serving requests from other peers. We also note wide variation in connection lifetimes, as seen in other studies of peer-to-peer systems. These findings are relevant for improving Spotify itself, and for the designers of other hybrid peer-to-peer and server-based distribution architectures.