Compact Routing on the Internet AS-Graph 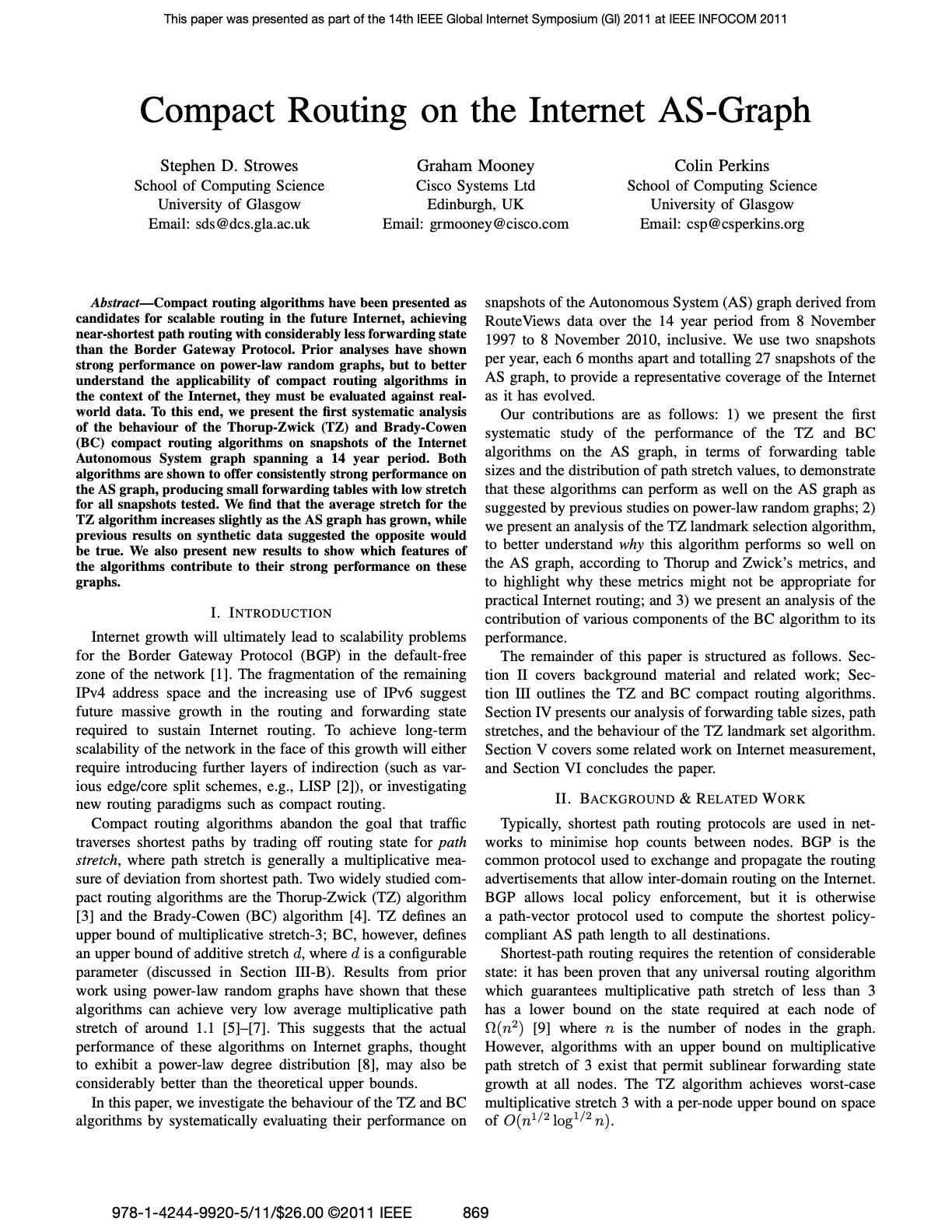 Compact routing algorithms have been presented as candidates for scalable routing in the future Internet, achieving near-shortest path routing with considerably less forwarding state than the Border Gateway Protocol. Prior analyses have shown strong performance on power-law random graphs, but to better understand the applicability of compact routing algorithms in the context of the Internet, they must be evaluated against real- world data. To this end, we present the first systematic analysis of the behaviour of the Thorup-Zwick (TZ) and Brady-Cowen (BC) compact routing algorithms on snapshots of the Internet Autonomous System graph spanning a 14 year period. Both algorithms are shown to offer consistently strong performance on the AS graph, producing small forwarding tables with low stretch for all snapshots tested. We find that the average stretch for the TZ algorithm increases slightly as the AS graph has grown, while previous results on synthetic data suggested the opposite would be true. We also present new results to show which features of the algorithms contribute to their strong performance on these graphs.