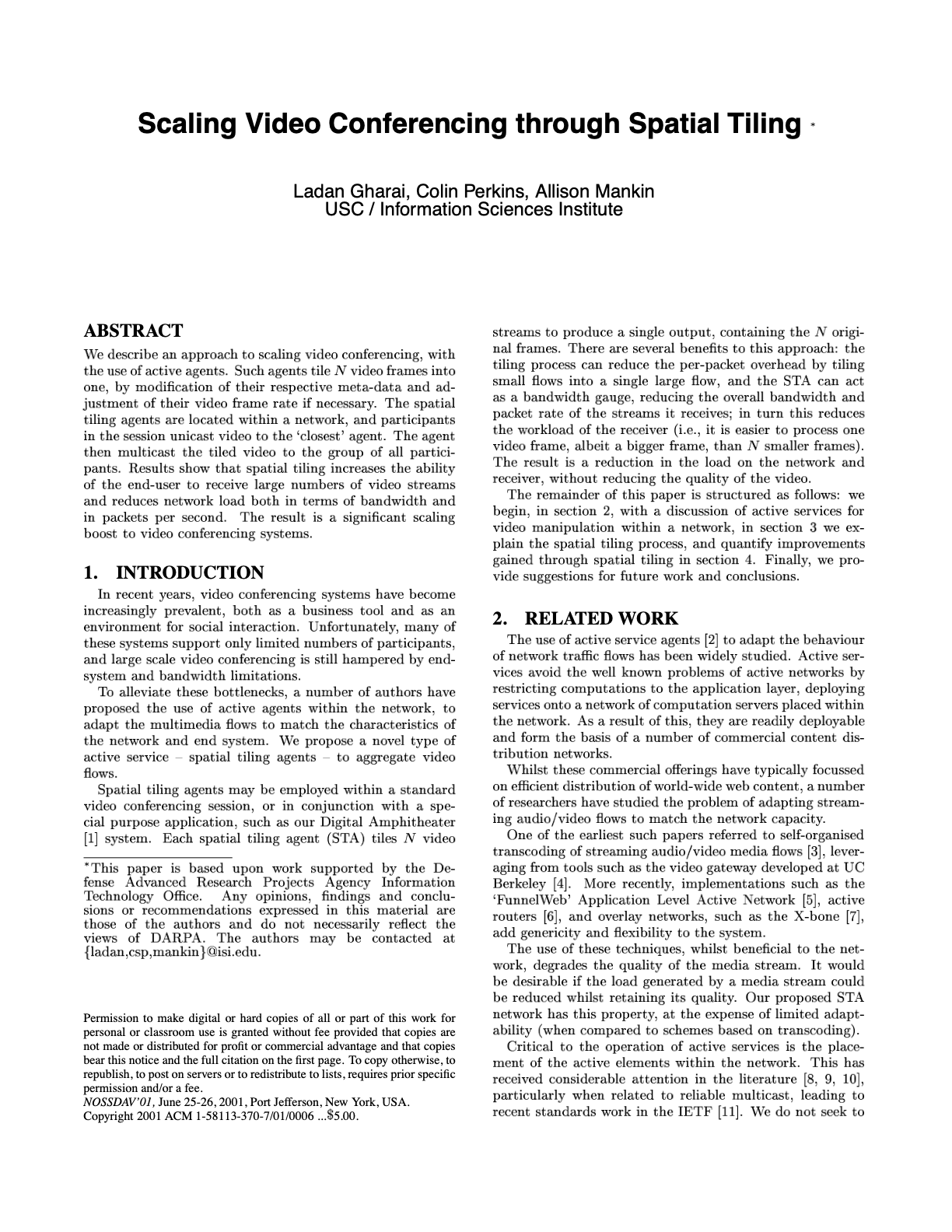 We describe an approach to scaling video conferencing, with the use of active agents. Such agents tile N video frames into one, by modification of their respective meta-data and adjustment of their video frame rate if necessary. The spatial tiling agents are located within a network, and participants in the session unicast video to the "closest" agent. The agent then multicast the tiled video to the group of all participants. Results show that spatial tiling increases the ability of the end-user to receive large numbers of video streams and reduces network load both in terms of bandwidth and in packets per second. The result is a significant scaling boost to video conferencing systems.