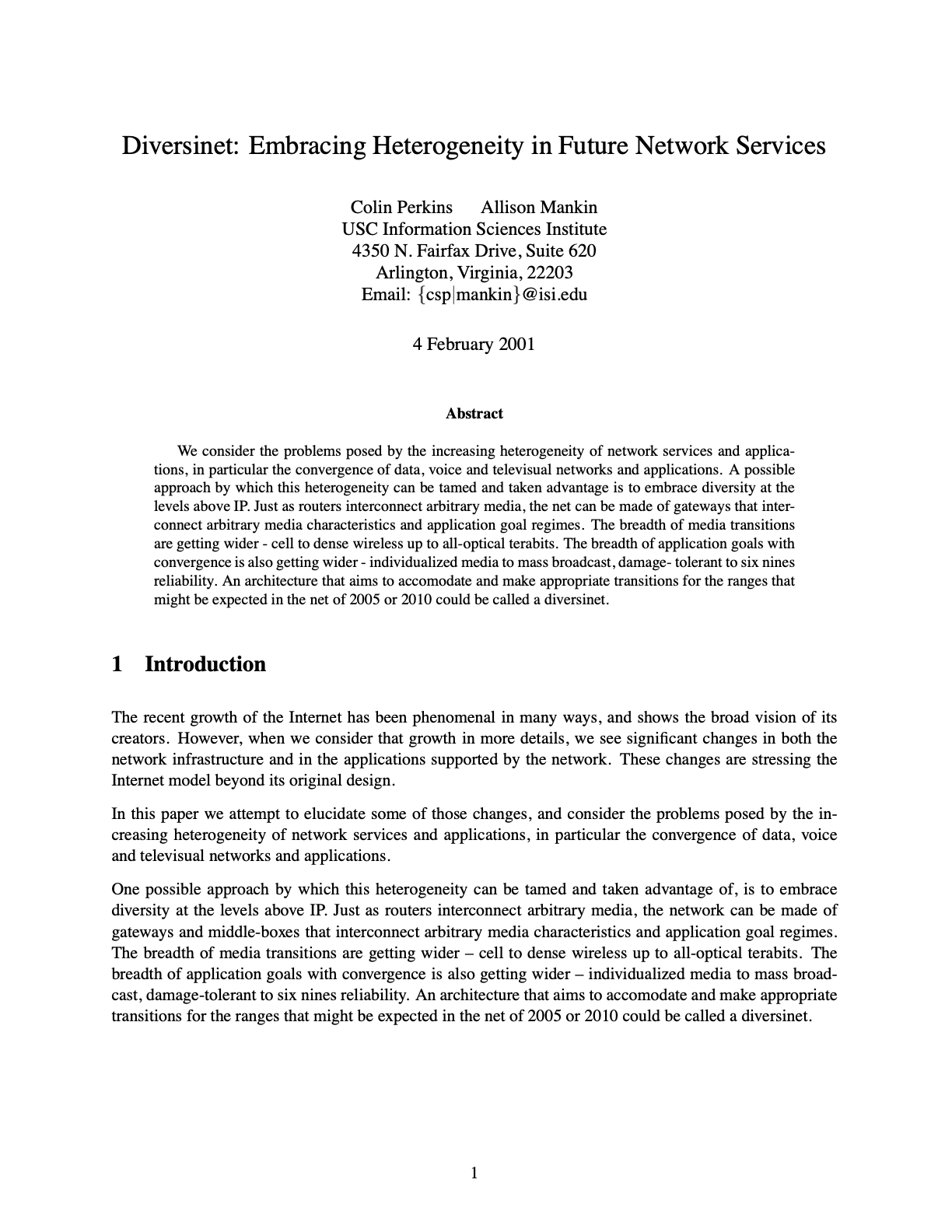 We consider the problems posed by the increasing heterogeneity of network services and applications, in particular the convergence of data, voice and televisual networks and applications. A possible approach by which this heterogeneity can be tamed and taken advantage is to embrace diversity at the levels above IP. Just as routers interconnect arbitrary media, the net can be made of gateways that interconnect arbitrary media characteristics and application goal regimes. The breadth of media transitions are getting wider - cell to dense wireless up to all-optical terabits. The breadth of application goals with convergence is also getting wider - individualized media to mass broadcast, damage- tolerant to six nines reliability. An architecture that aims to accommodate and make appropriate transitions for the ranges that might be expected in the net of 2005 or 2010 could be called a diversinet.