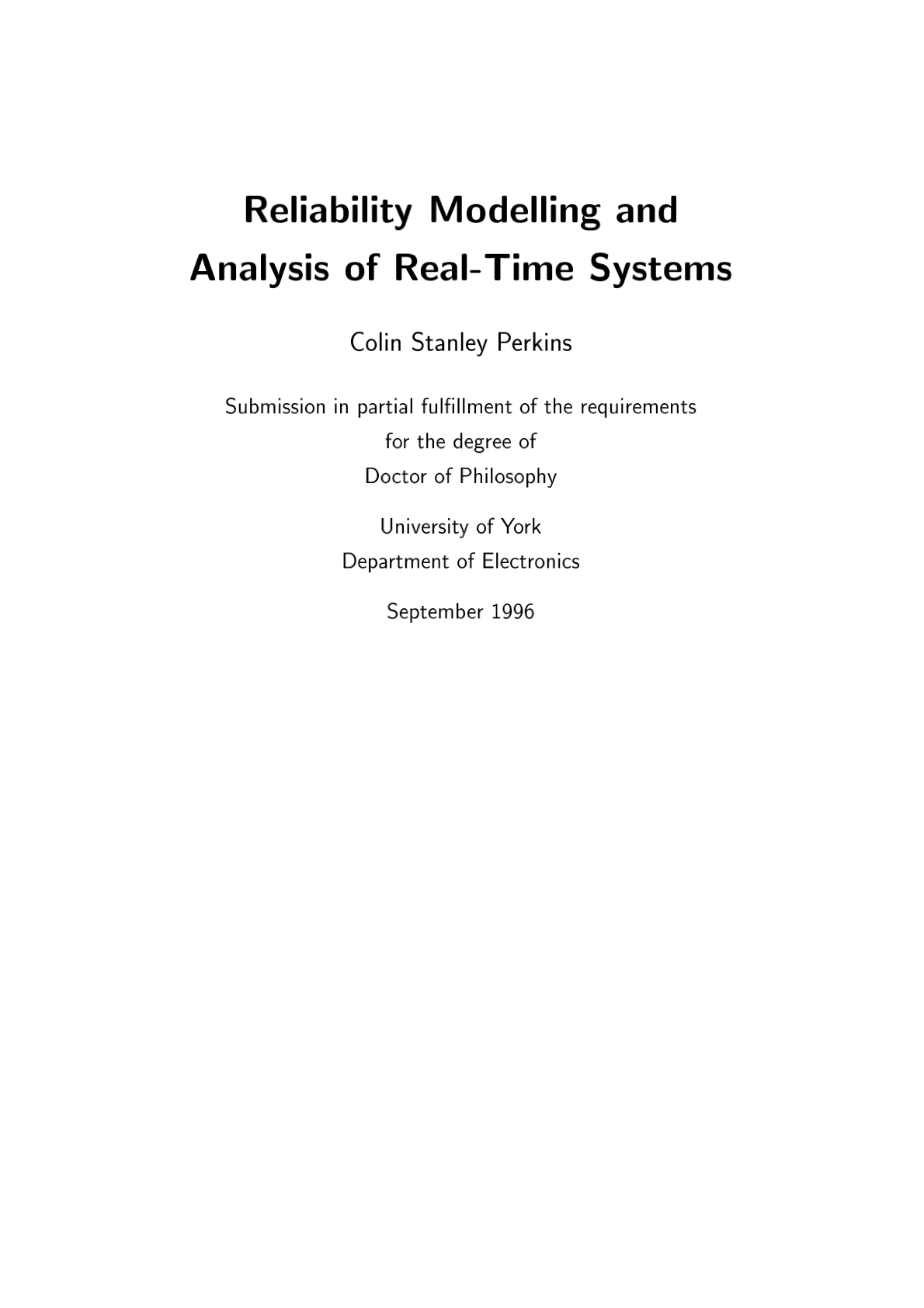 The reliability modelling and analysis of real-time, fault-tolerant, embedded systems is considered. It is shown that many existing reliability modelling techniques are inadequate for this task, since they model only the overall system reliability, whilst the timing properties of the system are either neglected, or reduced to simple metrics. A new reliability model is derived, which permits the modelling of both overall system reliability, and the probability distribution of system completion and failure times. This model is based on a set of high level system attributes, which it is expected may be estimated from experimental data. The model is applied to the study of recovery block systems, and it is shown that the results obtained are compatible with, and extend, a number of other system reliability models. The thesis concludes with a discussion of the application of more detailed timing information to the scheduling of safety-critical real-time systems. It is shown that the additional timing information available with models such as that developed herein, allows designers to make more informed choices regarding the tradeoff between safety and performance.