I was part of a team responsible for transmitting the proceedings of the IEEE Globecom'96 conference, held in London in the week of 17-22 November 1996, live over the Mbone. Two papers, published in the IEEE Communications Magazine and presented at the IEEE Engineer's Conference at Networld+Interop in May 1997 describe how this was done. 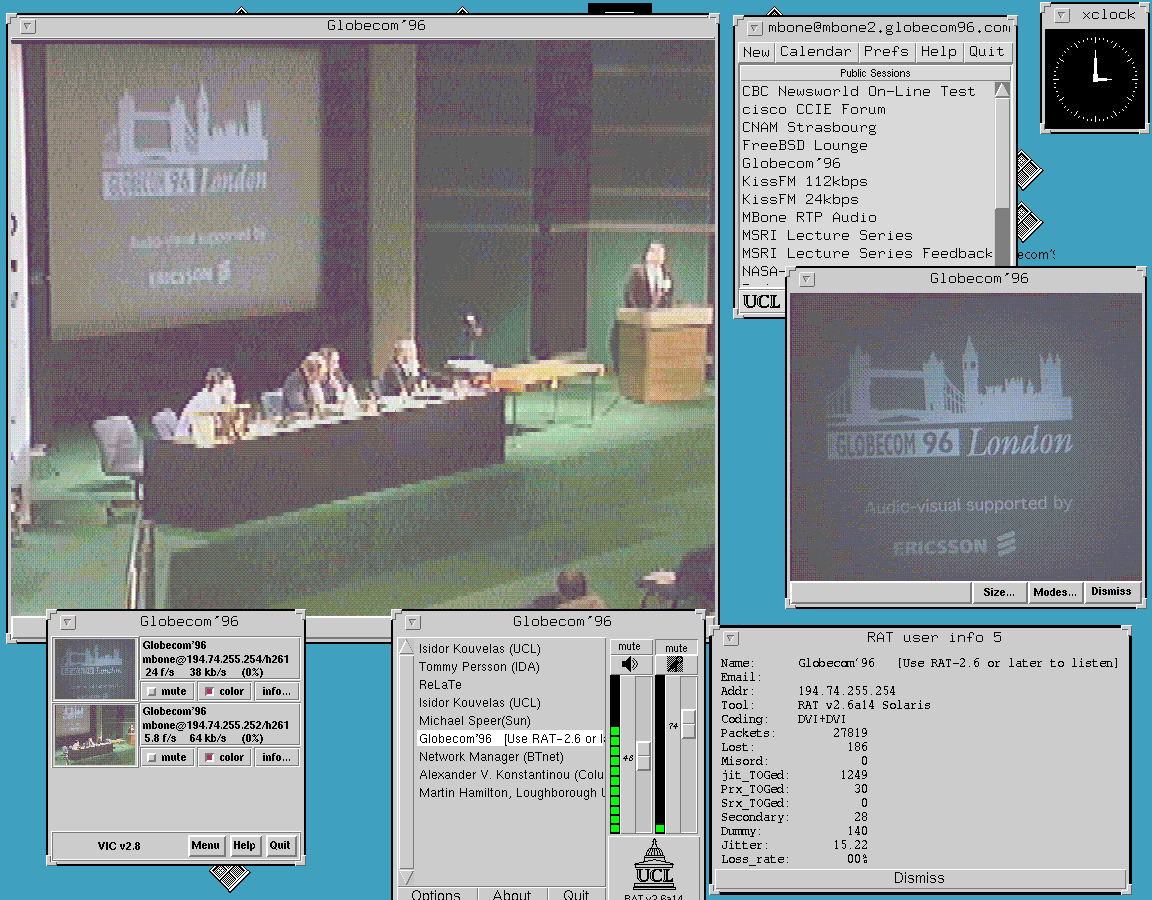 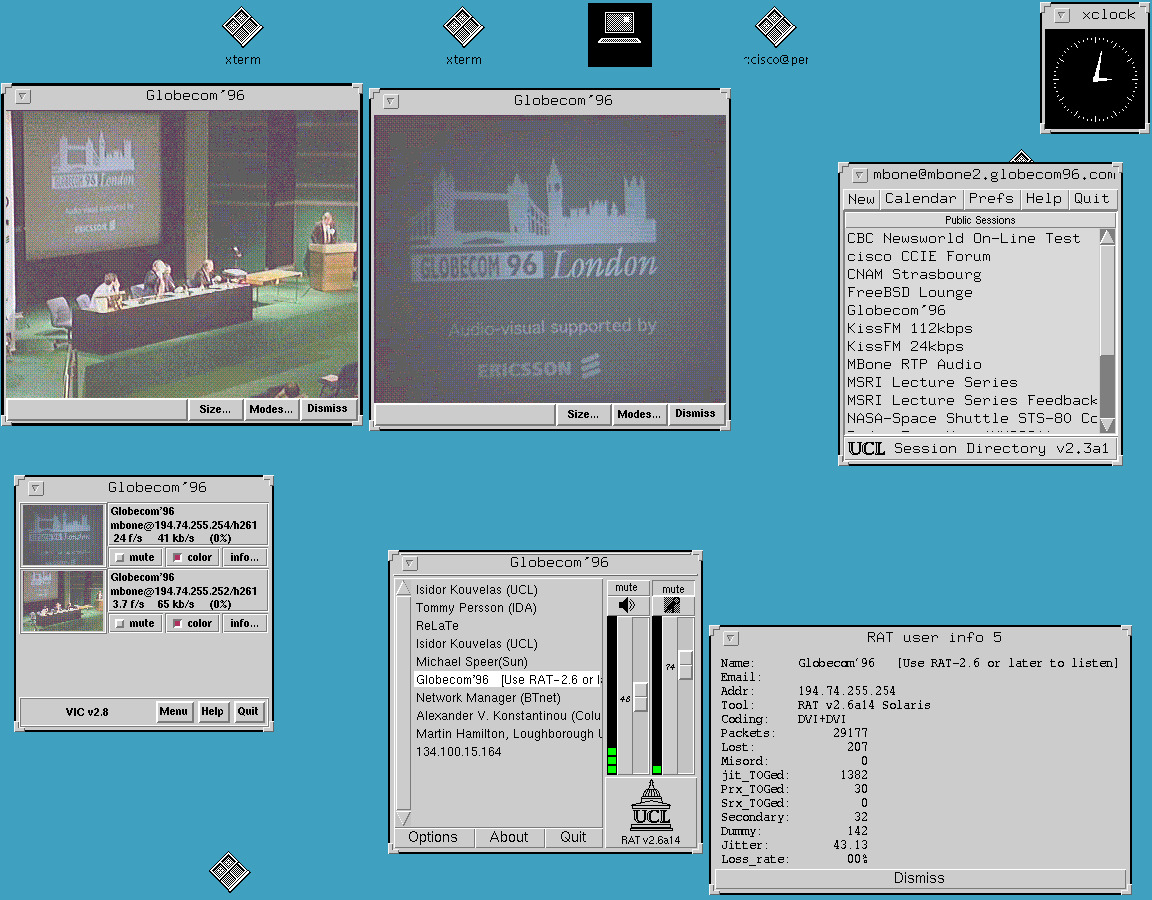 Live video and audio of all the events in the Churchill Auditorium of the Queen Elizabeth II Conference Centre were captured and transmitted, in real time, as well as stored and transmitted later, for remote participants in three continents, over the Internet.

Two independent systems were used simultaneously, one supplied by researchers from NTT Laboratories in Japan and the other by ourselves. The former system is based on a server model of distribution, while our system was based on the use of IP multicast. Both systems used compression algorithms, so the network capacity requirement in each case was on the order of 100 kbps to 200 kbps total, enabling remote participants without very high-end network connectivity to take part. Receivers only need software for a PC running most popular versions of Windows or a Unix workstation to be able to receive either type of transmission.

The multimedia transmission was carried over carefully engineered links that traversed many different subnet technologies, including point-to-point circuits, SMDS networks, ATM networks, and fast Ethernet switches. This was both to give a high level of assurance that the traffic would not experience too much interference from other traffic at the site and elsewhere, and to ensure very low packet store and forward delays The system ran for four days continuously, and was generally very successful. In the future, it should be possible to have remote paying attendees.